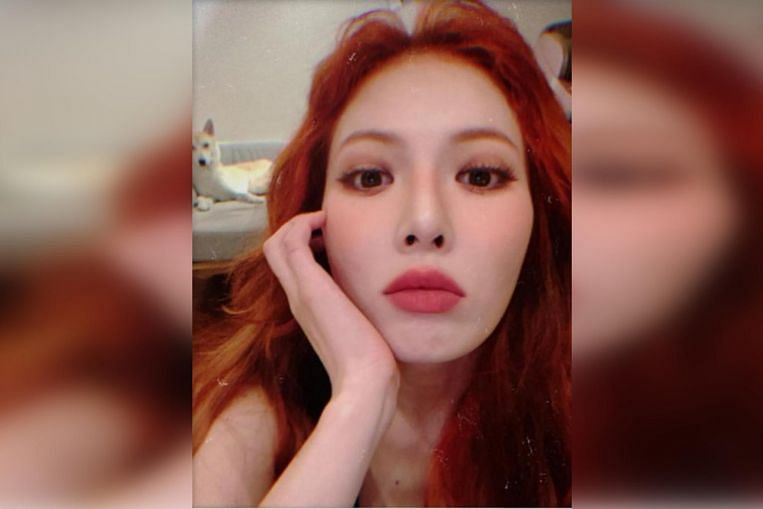 K-pop singer Hyuna has denied slapping her classmate many years ago after she became the latest South Korean celebrity to be accused of bullying.

A netizen claimed on Tuesday (Feb 23) that she has never forgotten being bullied by Hyuna, now 28, during fifth grade.

The netizen then uploaded several photos taken with Hyuna when they were in elementary school and said she still recalled what happened that day even though she has no evidence of the incident.

She added that during an event to celebrate the school anniversary, Hyuna, whose full name is Kim Hyun-ah, and her friends called her over and told her they did not treat her as a friend.

Hyuna then went on to slap her and even took her spectacles away.

The netizen then called on other classmates studying in the same school to stand up and reveal more stories, as she said to Hyuna: “I thought you would take the initiative to contact me. Have you forgotten about it or are you pretending to do so?”

Hyuna, who launched her latest EP I’m Not Cool in January, took to Instagram later on the same day to rebut the allegation, denying that she has slapped anyone.

The former Wonder Girls member, who appeared in the music video of the hit song Gangnam Style in 2012, said she began acting at eight and became a trainee at 12.

She recalled having to take a bus to the agency after school and felt that she lost a part of her childhood.

Hyuna’s agency also released a statement saying that the online allegations were false and said it would not rule out legal action if there were more such allegations in future.

Other celebrities who have been accused of bullying in the past week include The Uncanny Counter (2020 to 2021) actor Jo Byung-gyu, girl group (G)I_DLE’s Soojin, boy group Seventeen’s Mingyu, Extracurricular (2020) actor Kim Dong-hee and former I.O.I member Kim So-hye.

All these celebrities have denied the allegations.