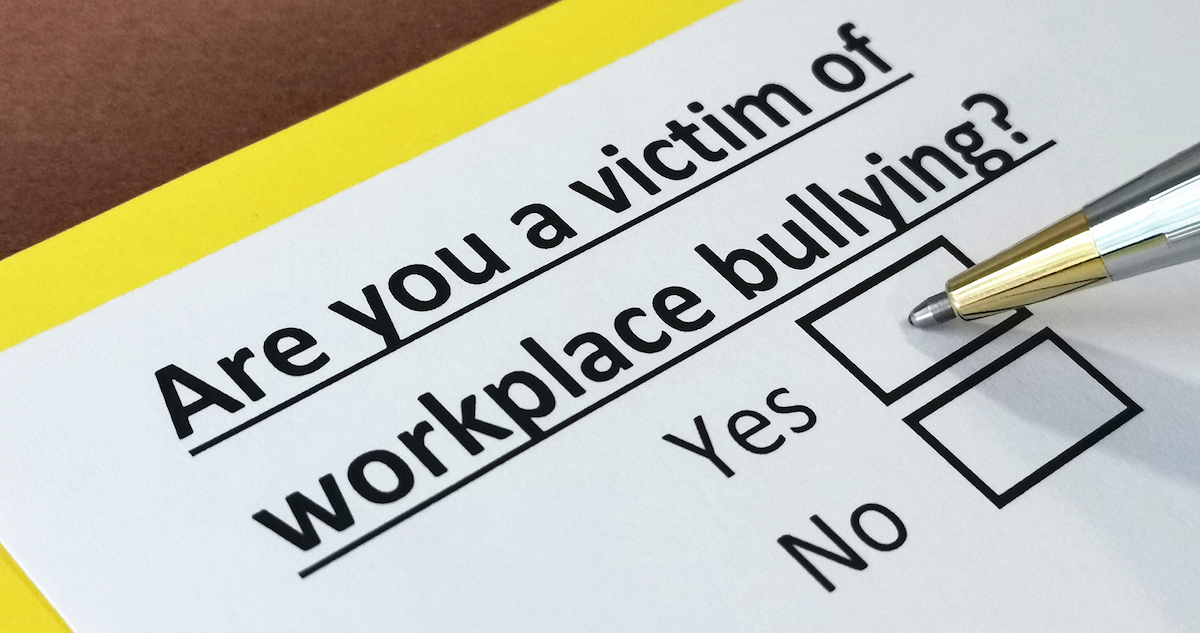 In recent years, the topic of workplace bullying has garnered growing public awareness, especially when it falls under the headings of sexual harassment or religious, ethnic, age or racial discrimination. Unchecked, it can hurt an employer’s bottom line by increasing turnover, undermining safety and eroding productivity.

While bullying has been on employers’ radar largely stemming from sexual harassment and racial discrimination complaints, expect the issue to face greater attention in the future because of the June Supreme Court decision outlawing discrimination against LGBTQ employees.

Even before that decision, a sting of cases had been successfully prosecuted by the U. S. Equal Employment Opportunity Commission (EEOC) and upheld by federal courts where employers had allowed bullying by fellow workers of men who were harassed for appearing too feminine, and women who appeared to be too masculine for the liking of their peers.

A survey conducted by Monster, the global online employment service, found that about 90% of workers reported they have been bullied at their place of employment. In addition, 51% said they were bullied by their boss or manager, while 39% reported that they had been bullied by co-workers.

Another 4% of those polled said the perpetrator was someone other than a co-worker, such as a client or customer. This is a phenomenon that has surfaced more often in recent years regarding sexual harassment complaints and has risen to such a level of concern where it has been incorporated into sexual harassment regulations and employer anti-harassment policies.

In spite of the prominent role played in workplace bullying by sexual harassment, research shows that while male perpetrators predominantly target women (65%), many men also choose to target other men (35%), and 33% of female bullies target other women.

Repeated bullying can trigger physical, mental and emotional health problems, such as high blood pressure, difficulty sleeping, stress, anxiety and depression, note attorneys Setareh Ebrahimian and Holly Wintermute of the Fisher Phillips law firm. “When the victims are your employees, that translates to low productivity, absenteeism and poor morale. Bullying also compromises employee judgment and creates safety risks, because when workers are bullied, they are more likely to forget safety procedures.”

The direct financial impact can be measured in high turnover. According to the Monster survey, 65% of workplace victims chose to leave to avoid further mistreatment, quit when conditions worsened, or were terminated by their employers. Making matters worse for employers, the bad publicity stemming from sexual or racial bullying in today’s highly charged “cancel” culture also can cost the employer dearly in reputation and sales.

“It is important to acknowledge that your human resources team and leadership group might not always be able to stop bullying, but you certainly can curb it,” Ebrahimian and Wintermute tell employers. “Like most problems in the workplace, a critical step in addressing bullying in the workplace is training. You should provide training for all employees to help recognize and address bullying.”

Make sure all employees know how to report complaints and supervisors know what to do when they receive one. Victims and witnesses should have multiple avenues available for reporting bullying and an anonymous reporting system is a good way to encourage that.

“You must also show your commitment to addressing bullying by fully and swiftly investigating reports regardless of the severity of the complaint. You cannot ignore complaints from employees you deem overly sensitive,” the Fisher Phillips attorneys warn. When bullying is found to have occurred, enforce the consequences, whether they are in the form of an apology, written warning, suspension, or even termination.

Finally, an employer must have an anti-bullying policy and make sure both new and current employees acknowledge receiving and having reviewed it, Ebrahimian and Wintermute stress.

There is one overlooked question that people across North America should ask themselves: “Is my loved one safe at work today?” This spring, the American Society of Safety Engineers (ASSE) is building on that critical question and encouraging people to get involved in one or more of several workplace safety campaigns that can make a difference in reducing risks.

“Too many of us take for granted that our families will come together and be safe and healthy at the end of the workday,” said ASSE President Tom Cecich, CSP, CIH. “That assumption is far from reality given the large numbers of occupational injuries, illnesses and fatalities that occur. ASSE members, along with employers, workers and the public, should participate in campaigns to draw attention to the responsibility we all have to make workplaces safer and healthier.”

In 2015, there were 4,836 fatal work injuries recorded in the United States, according to the U.S. Bureau of Labor Statistics. The International Labor Organization reports that there are 2.3 million deaths globally each year for reasons attributed to work, with the biggest component linked to work-related diseases.

Many of ASSE’s 37,540 members worldwide – who develop and implement safety and health management programs for employers in every industry, every state and across the globe – will be involved in the following safety activities. They are seeking the support of company and community leaders in raising awareness of workplace risks. Join ASSE’s social media outreach on Twitter and Facebook to share resources and bring value to these campaigns.

April 28, Workers Memorial Day – A global event driven by the AFL-CIO that commemorates workers who lost their lives on the job. It also renews the fight for safe jobs everywhere. (#workersmemorialday)

May 1-5, Construction Safety Week – An observance led by an alliance of construction firms and co-sponsored by ASSE that raises safety awareness on construction sites. Stand-downs and workplace presentations engage employees and offer important reminders about safe building practices. (#constructionsafetyweek)

May 7-13, North American Occupational Safety and Health (NAOSH) Week – Created by the Canadian Society of Safety Engineers and championed by ASSE, this key observance celebrates its 20th anniversary and encourages grassroots efforts at every organization in all industries to bolster workplace safety. (#NAOSHweek)

May 8-12, National Safety Stand-Down – A campaign to prevent falls in construction, led by the Occupational Safety and Health Administration (OSHA) in partnership with ASSE and others. Falls from height are a leading cause of death for construction workers. Any workplace can hold a stand-down by taking a break to focus on fall hazards and reinforce the importance of fall prevention. (#StandDown4Safety)

June 12-18, Safe + Sound Week – Spearheaded by OSHA and co-sponsored by ASSE, this inaugural event aims to build a stronger connection between safe workplaces and sound businesses. Safety programs identify and manage workplace risks before they cause problems, improving a company’s bottom line. (#SafeandSound)

“There are many opportunities to play a role in achieving greater workplace safety, and our dedicated members are at the heart of it all,” Cecich said. “They utilize their passion and expertise to implement safety and health management systems at organizations in the United States and globally. But it’s important to remember that we’re all in this together, so everyone should take the time to make an impact on an upcoming safety campaign.”

Kelso school board to vote on expanding virtual academy …

Bullying, Suicide and Youth: What We Need to Know Now …