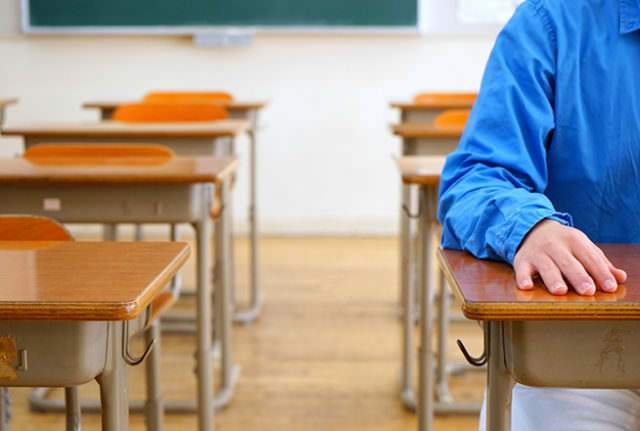 After the September death of a middle school student assaulted by two other students, Moreno Valley school leaders went looking for new approaches to curb bullying on its campuses, where it teaches 32,763 students.

In the weeks after Landmark Middle School eighth grader Diego Stolz’s death, district leaders held several public events, including a board workshop, where they invited public input on how to tackle complaints about bullying.

But they also turned to experts.

“They train students in bullying prevention, but they also have their (counselors) who meet with the bully and meet with the person who’s been bullied,” Kedziora said of the Undercover Anti-Bullying Team program.

Sign up for The Localist, our daily email newsletter with handpicked stories relevant to where you live. Subscribe here.

Before Marlene Bicondova was director of the San Bernardino City Unified’s Positive Youth Development Department, she was principal of its Curtis Middle School. She found that harsh crackdowns on bullies, with suspensions and expulsions, created smarter, craftier bullies who sought to make the lives of “snitches” even more miserable.

“The behaviors become more subversive and secretive and it really hurts the kids getting bullied,” she said.

One counselor had heard about a program developed in New Zealand by John Winslade, now a professor emeritus at Cal State San Bernardino, and Michael Williams. After an especially severe bullying case, Bicondova’s team decided to try the method.

“We meet with the kid being bullied and have them write down the effects of being bullied,” along with a rating from 0 to 10 of how severe the impact of the bullying is on their life, Bicondova said. “We had one kid last year rate her problem a 35.”

Then the team leverages peer pressure to help stop it. Staff recruits “highly influential, positive students,” along with the alleged bully, who remains anonymous, as part of a group to work on improving school climate. They hear written reports from bullied students, and the students come up with plans to help improve life for those students.

“We’ve never had a kid doing the bullying to say no, because the popular kids want to help the kid in the story. The popular influence is so strong that the bully wants to help out,” Bicondova said. “They come up with specific things they want to do and they see the most popular kids in the school helping out and being friends with the kid being bullied.”

And adults get regular progress reports from victims.

“We keep checking in with the kid until they rate the problem a zero,” Bicondova said.

The reports from the students now rating their problems a zero are read to the group, creating a positive feedback loop.

The program was a success at Curtis, where it was used 19 times over three years before Bicondova was promoted to her current post.

The program rolled out districtwide last school year and, as of October, 42 schools have used it. Sixty-seven cases were run across the district at that point and 57 were successfully resolved. Work continued in the remaining cases.

“We only count it as a success if the kid rates (the bullying) as a zero,” Bicondova said.

Now the approach has come to the Moreno Valley Unified School District, where Landmark Middle School and several other schools will try the program.

Tori Spelling says her kids have been through ‘so much …

Fear is the biggest factor preventing people from …