One in three pupils ‘has been bullied’ Tes 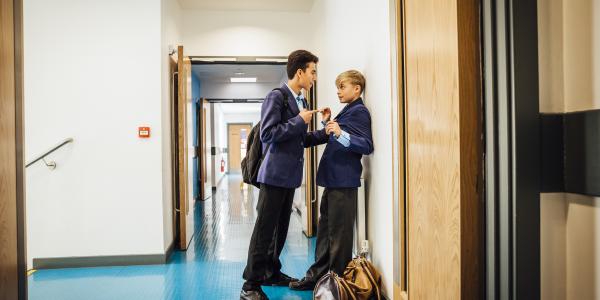 One in 10 children says they have missed school due to bullying, according to a new poll.

The survey suggests that many young people take action to avoid bullies, such as changing their route to and from school, not spending time with friends and avoiding social media.

The Anti-Bullying Alliance, which commissioned the poll, said everyone has a part to play in reducing bullying.

Read: ‘Teachers must be whistleblowers about workplace bullying’

A total of 11 per cent said they had missed school due to bullying.

The impact of bullying

Young people’s recommendations to address bullying include schools recording how much bullying is taking place, and the “hotspots” where it is likely to happen, and parents and carers attempting to understand the technology that children use.

Martha Evans, director of the Anti-Bullying Alliance, said: “If one in 10 children have reported missing school because of bullying, we clearly have a problem.

“To turn this around, it’s important to bear in mind that everyone has a part to play in reducing and stemming the impact of bullying.”

School bullying during a pandemic SSAT

The current rise in cyber-bullying proves we need CoCo’s …

Is your kid getting bullied in school? Here’s how you can …